A Review of Discount Salmon

From The Dice Tower 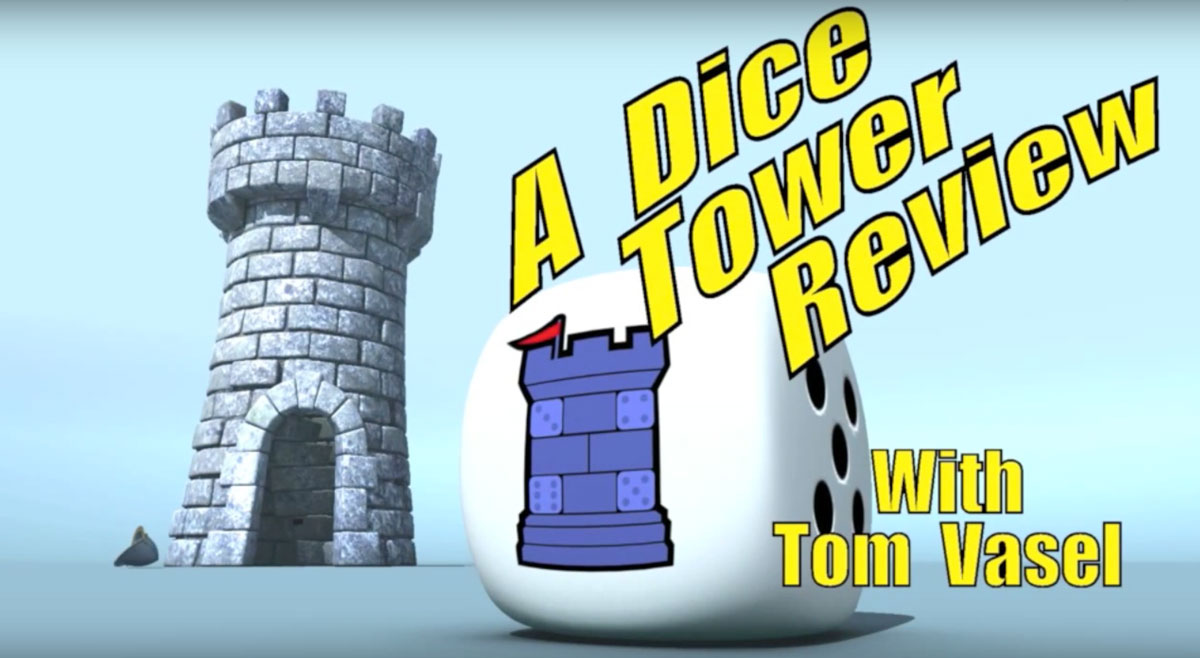 Tom Vasel takes a look at this speed card game.

Marcus Ross and Cara Heacock are Omaha-based web and software developers, cousins, and now: award-winning game designers. Inspired by an ugly shirt given out at a Startup Weekend, they created a game that won them the first ever Tabletop Deathmatch, an independent game design contest by Cards Against Humanity. 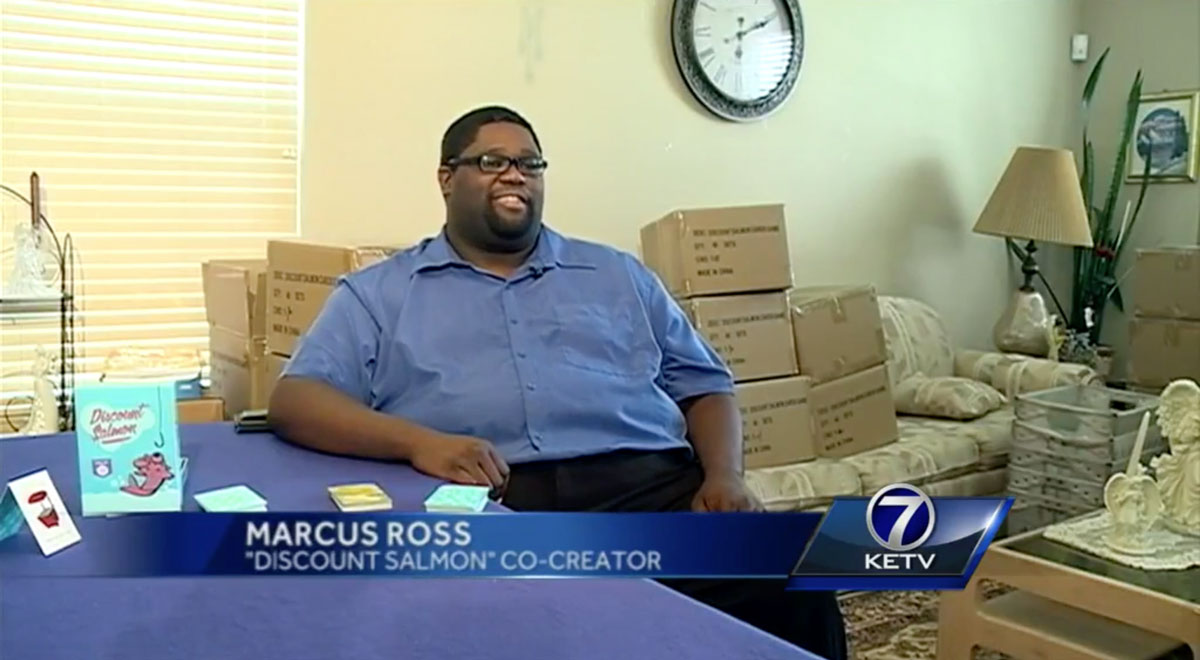 A board game created by two Omaha cousins won first place in an international competition started by the makers of Cards Against Humanity. 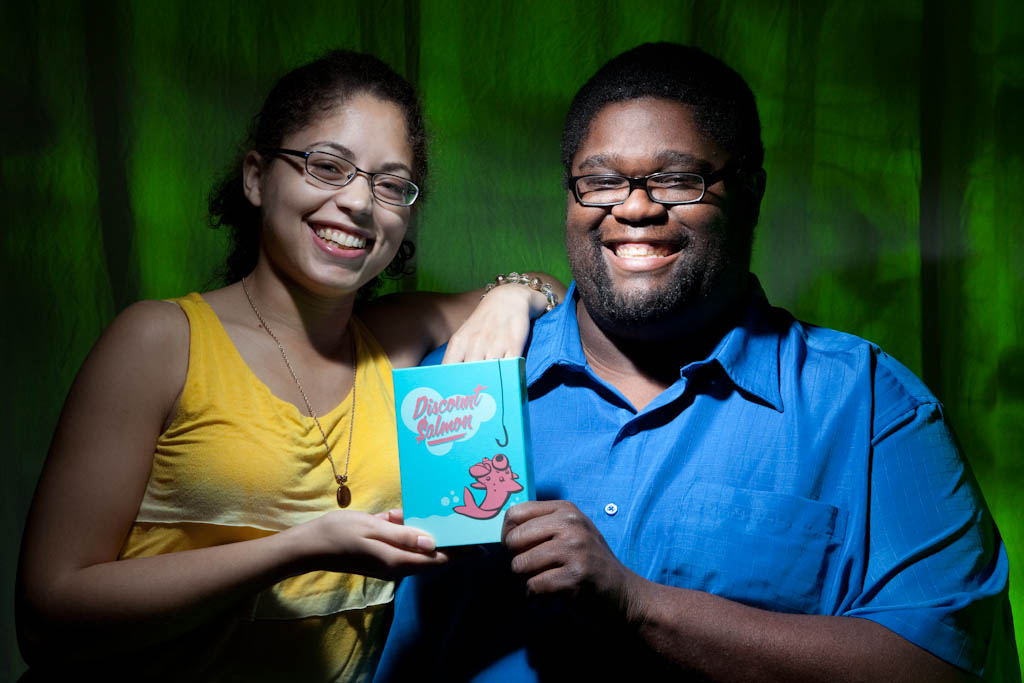 Cousins Cara Heacock and Marcus Ross had a winning combination when they created Discount Salmon, a tabletop card game that won Tabletop Deathmatch.

From Cards Against Humanity